The visit of the Ministry of Health Delegation of Chad Republic to Turkey within the framework of the International Transplant Network (ITN) was held on Apr. 16-21, 2018. The visit, organized by Turkish Transplant Foundation (TONV) took place in Ankara and continued with an intensive program of meetings in Istanbul. The Minister of Health of the Republic of Chad, Mr. Aziz Mahamat Saleh, Prime Minister Advisor Mr. Djedossum Naoundangar, Rector of N’djamena University Mr. Mahamat Barka, Dean of the Faculty of Medicine of N’djamena University Mr. Ali Mahamat Moussa, Director of the National Referral Hospital MD Choua Ouchemi, Referral Hospital Nephrologist and Unit Director Mr. Ibrahim Hamat, Nephrologist at Renaissance Hospital Mr. Abderaman Guillaume Mahamat Zalba, Journalist Mr. Oumar Idriss in the Ministry of Communications from the Republic of Chad and journalist Mr. Mahamat Abdoulaye, Mr. Djidda Moussa, Ambassador of the Republic of Chad in Ankara, Secretary General of the Embassy of the Republic of Chad Mr. Gamal Adam Hamdan, officials of the Turkish Transplant Foundation (TONV) and the Association of Organ Transplant Coordinators (ONKOD) participated in the program.

On the first day of the visit, the delegation visited Ankara Bilkent Hospital Campus and the members of the delegation were informed about the transformation of Turkey’s health system and public hospitals. Then, at the Ministry of Health, a presentation was made on Turkey’s health system, organ donation and transplantation with the participation of the General Manager of Foreign Relations and European Union of the Ministry of Health MD Selami Kılıç, Head of Bilateral Relations Department MD Abdullah Sert and Director of Organ Transplantation and Dialysis Services Mr. Murat Öztürk. The third visit of the day continued at the Statistical, Economic and Social Research and Training Center for Islamic Countries (SESRIC). The General Director of SESRIC Mr. Musa Kulaklıkaya and Technical Cooperation Expert of the Islamic Development Bank Mr. Sabri ER attended the meeting. Highlighting the important functions of SESRIC on health in Islamic countries, Mr. Kulaklıkaya mentioned the lack of legal infrastructure in Islamic countries in organ transplantation and said that the doors of the organization and Islamic cooperation are always open to Republic of Chad. Then the visit took place at the EMS Ambulance Factory followed by the Presidential Palace. In this meeting, Chief Advisor to the President of Turkish Republic Mr. İlhan Şener stated that they follow up the cooperation with the Republic of Chad under the ITN project and TONV will continue to work on permanent solutions to health and organ transplant issues in the Republic of Chad.

The second day started with a visit to Ankara University. The Rector of Ankara University, Mr. Erkan İbiş and the deans of the faculties attended the meeting. Here, a protocol was signed between Ankara University and N’djamena University. Subsequently, the delegation went to the Turkish Cooperation and Coordination Agency (TIKA) to meet with Vice President of TİKA Mr. Ali Maskan.

In this meeting, the Rector of N’djamena University Mahamat Barka stated that they are very grateful that TİKA had completed numerous assistance projects in the Republic of Chad. The program continued with Güven Hospital and Medicana Hospital visits.

The third day of the event was organized in Istanbul by the Foreign Economic Relations Council (DEIK). The Minister of Health of the Republic of Chad, Mr. Aziz Mahamat Saleh, the President of the Council of External Economic Relations Mr. Nail Olpak, the Chairman of the Health Affairs Council of DEIK Prof. Dr. Orhan Gazi Yiğitbaşı, DEIK Health Affairs Council Coordinator Başak Canbulat and many health administrators participated in this meeting. The meeting started with a welcome speech by Mr. Olpak, followed by a presentation of Chad Minister of Health Mr. Aziz Mahamat Saleh and Reference National Hospital Director Mr. Choua Ouchemi, who both underlined the deficiencies in health and organ transplantation in the Republic of Chad. Then, the President of TONV MD Eyüp Kahveci draw attention to the process of the cooperation between Republic of Chad and Turkey for the last three years.

On the fourth day of the event, the delegation attended the International Congress of Traditional and Alternative Medicine, which was held for the first time in 2018. The opening speech was made by Ms. Emine ERDOGAN, wife of the President of the Republic of Turkey. At the same time, the Minister of Health of the Republic of Chad held a meeting in person with the health ministers of different countries participating in the Congress. Then, the delegation visited the Governor of Istanbul Mr. Vasip Şahin. In this meeting, Mr. Şahin declared that they are open for new partnerships not only in healthcare field but also in other fields as well.

On the last day of the program, the Minister of Health of the Republic of Chad with his delegation visited the University of Health Sciences. The delegation and the Rector of the University Prof. Dr. Cevdet Erdöl discussed the lack of training of health personnel in the Republic of Chad. Then, 112 Emergency Call Center, Medipol Mega Bağcılar and Medical Park Florya Hospitals were visited.

In order to set up a sustainable international collaboration to improve the current state of organ donation and transplantation in the Republic of Chad, these visits will continue with a new program this year. 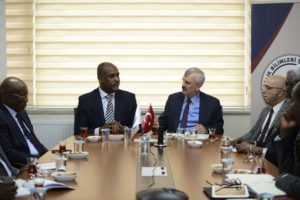 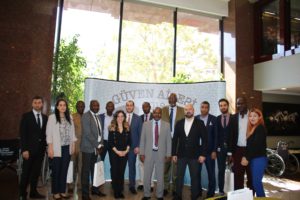 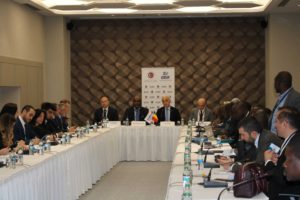 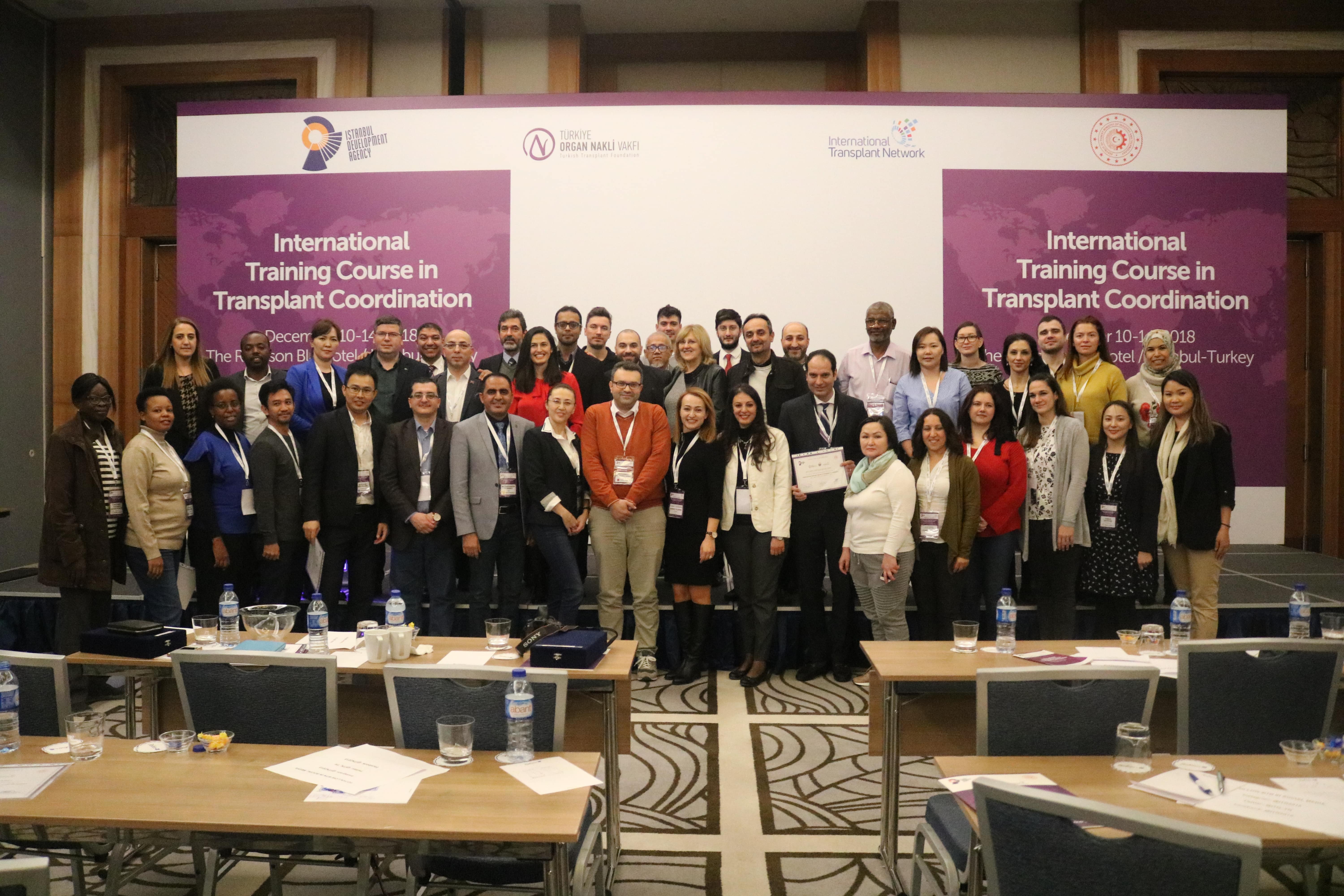 International Training Course in Transplant Coordination was held in Istanbul on December 10-14, 2018. 60 [...] 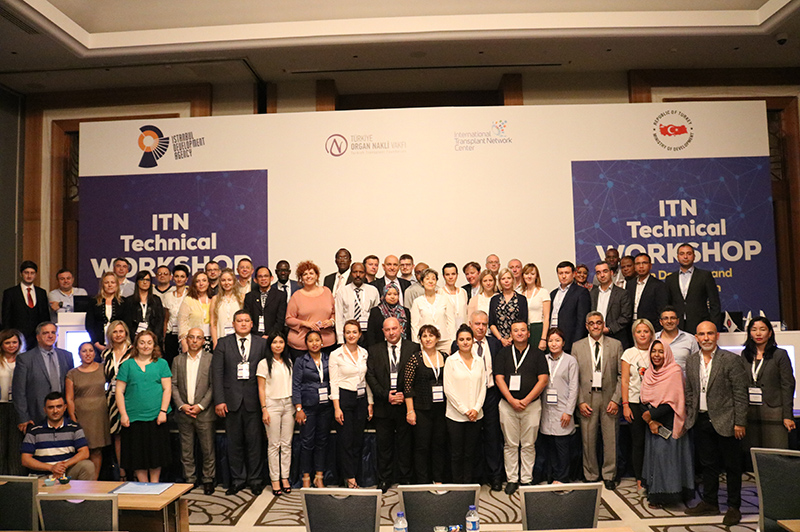 We started our way in the light of our slogan “Keep On Living” ; and started [...]

“ Your Organs Can Save Other Lives” Media Workshop on Organ Donation and Transplantation aiming [...] 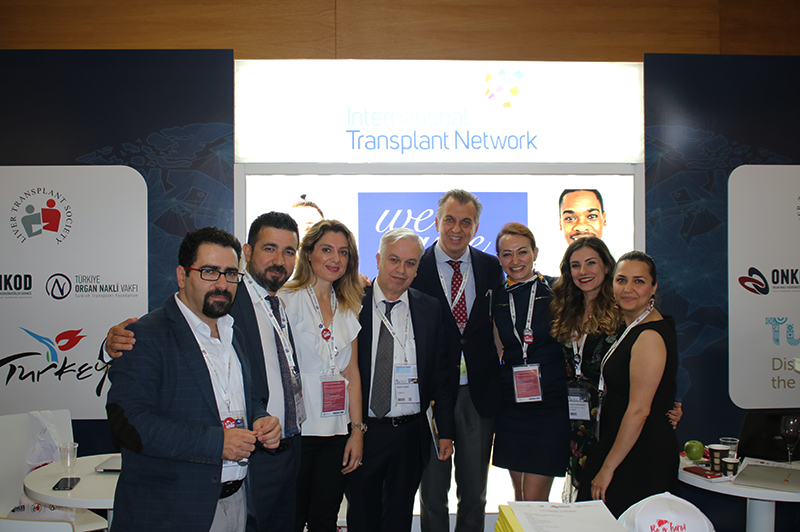 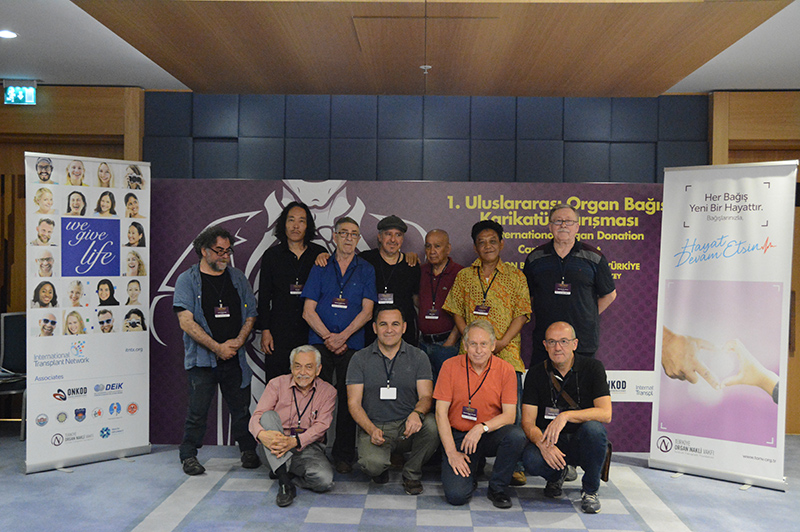 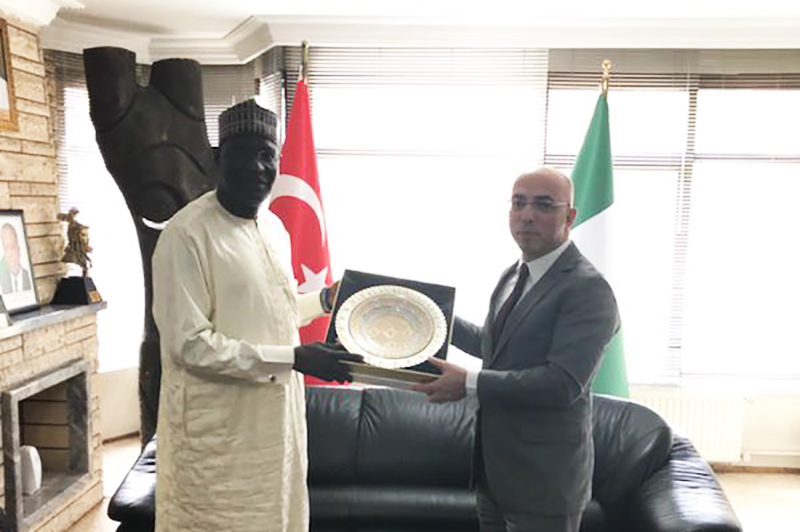 The President of Turkish Transplant Foundation, Mr. Eyüp Kahveci paid a visit to the Ambassador [...]