“According to Islam faith human beings are the nucleus of creation…”

“According to Islam the human being has no say or authority on the creation of him or herself or the creation of any other person. The human being has no right over his or her body other than to keep it alive as he or she also has no say over the fate of the body of others and especially has no right whatsoever to end the life of him or herself or any other person. That is why to murder a person or commit suicide is regarded as the greatest sin. If one person kills another person this is like killing all human beings according to Islam. Whoever saves a life saves all humanity. In the Quran verse there are some different interpretations and yet this verse says do not ruin yourself, do not kill yourself. Our Prophet has pointed out that the dead body should be respected and protected and its parts should be preserved by saying “to break the bone of a dead person is like breaking his to her bone when they were alive.” According to Islam the human being is the nucleus of creation. Thus to keep the body healthy is encouraged and given importance by our religion. That is why the Almighty commands “do not put yourself into jeopardy by your own hands” and our beloved Prophet says “Oh ye subjects of Allah, be treated. Because Allah has provided the remedy of all illnesses with the exception of old age. Allah has sent both the nuisance and the remedy together and has created a remedy for every illness. Seek medical attention but in doing so do not use the forbidden.”

Both the Quran and the sayings and actions of the Prophet tell us that when there is no alternative left and it becomes an imperative to preserve human life even things that are forbidden can be applied. To preserve life is the most important of the five things that have to be preserved according to Islam faith. To preserve life, the mind, the generation, human dignity and the material richness of a person. So preserving human life is the top priority. Besides we are observing the great joy and happiness of the relatives of the donors who share the jubilation of the relatives and friends of those whose lives have been saved. We see that their sorrows have diminished. We frequently come across such scenes. All these tell us that the issue has been resolved in the dimension of conscience. For years the parents await a kidney donation for their child and when that is impossible you tell the mother and father they cannot donate their kidneys for the child because of religious and legal reasons… Just think of the trauma you are creating. So if we put ourselves in their shoes and try to understand their feelings it will become much easier in view of our religious beliefs to give a positive response to those parents. Organ transplant and before that organ donation is a subject that has to be considered between the unmeasurable value of life and the sensitivity to help life go on in a healthy manner.

Islam treats all human beings alike irrespective of their religion, race, nationality, color and position and regards them all as those who have a right to live. Islam gives importance to medical treatment, has foreseen equal medical treatment rights for all human beings, and has regarded giving life to a person as giving life to all humanity. According to this there bis no difference between a Muslim and a none Muslim regarding organ donations and transplantation. This is especially an issue that the people of Anatolia question frequently. I share with you a decree of the Supreme Religious Affairs Council on the issue; there is no obstacle to make use of the organ of a none Muslim. Because human organs cannot be defined as Muslim or none Muslim. The human body and the organs are a part of the human being which he or she uses as a tool according to their beliefs. According to the understanding of Islam everything in the universe and in nature between the earth and the skies everything bows to Allah and prays to the Creator. The organs, the cells and the structure of every human being act in this fashion irrespective whether are a Muslim or a none Muslim. Believing or not believing has to do with the will of the individual. The beliefs of an individual has nothing to do with his or her organs including the heart. The heart that the Quran talks about as sick or healthy has nothing to do with the heart that exists in our circulatory system that is the concern of medical doctors. So there is no obstacle for a none Muslim to donate his or her organs to a Muslim. There is also no obstacle for a Muslim to donate his or her organs to a none Muslim patient. Because according to Islam law to donate your organ is a form of alms giving from a life to another life through your body. According to Islamic charity rules there is no prohibition for the donation receiver to be only a Muslim.

“Be a saver for those awaiting organ donations…”

So at the end as organ transplant is regarded as a form of medical treatment and as Islam forcefully insists on preserving the human body and protecting human health, organ transplantation is clearly valid. When the main issue is keeping a person alive and preserving life then organ transplantation has to be considered as a last resort. We can see the historical traces of such events and in Islamic traditions way back in the early days. Islamic scholars and those setting Islamic rules allow organ donations and transplants under certain circumstances.”

What does my religion say? 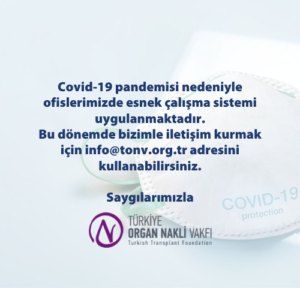